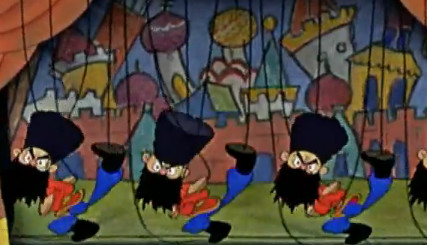 The word ‘Troll’ has been popularised by the media and is frequently used to describe the activities of pro-Russian and pro-Vladimir Putin’s followers on the internet, especially when it comes to manipulating social media. One of several definitions for internet trolls include, those who deliberately post provocative messages to a news group or message board with the intention to cause maximum disruption and arguments.

Around 1993, the terms Puppets (sometimes referred to as Sock-Puppets) and Puppeteers were used to describe what people now frequently refer to as Russian trolls. I prefer the terms Puppets and Puppeteers because this more accurately describes the methodology currently employed to spread Russian propaganda, disinformation and the tactics used for the disruption of meaningful debates on the internet.

Of all the instruments used to share information among people throughout the world social media is known to be the most potent. This has been recognised and is fully exploited by Russian propagandists.

The Puppets and Puppeteers

The use of the term Puppet refers to huge number of individuals who are controlled by a puppeteer. Both puppet and puppeteers also have a large number of false profiles on a multitude of social media platforms such as Twitter, Facebook, VK, Live Journal, false blogs, YouTube and all popular social media networks.  To ensure credibility puppets act as independent third parties not connected to the puppeteer.

There is also the ‘straw man’ puppet which is a false flag profile created to make a particular point. For example, if the topic is international affairs the pseudonym may include the title PhD or a high ranking military position to generate the illusion of being knowledgeable, or an expert on the subject.  If they wish to criticise America their profile may say they live in the States.

The puppets have several roles. For instance, the puppeteer may write a glowing post about Russian nationalism or attack Ukraine. This is followed by a large number of Puppets pressing the like button, posting supporting comments and links to false blogs and website which support the puppeteer. These links also provide additional propaganda, disinformation and further promote the Kremlin’s political objectives.

Due to the large numbers of Puppets all opposition is overwhelmed and the puppets control the debate. These puppets also create the perception of ‘unbiased’ support- they attempt to generate the illusion of the puppeteer representing the views of the majority.  As the puppeteer appears to represent the consensus of opinion their statements are more likely to be considered true, or require further consideration before making a decision.

Apart from the coordinated approach of puppets and puppeteers to create deception, influencing public opinion and silencing all opposition on social media, this approach has also proved effective for controlling the readers comment pages on several on-line newspapers.

For instance, in 2014 the Readers Editor of the Guardian on-line, which has an international readership and receives around 40,000 readers’ comments per day, expressed concerns that the comments were part of a pro-Kremlin campaign. His descriptions of these comments fit the tactics used by Puppets and Puppeteer. It has also been reported that the New York Times, CNN and other major news outlets have similarly been targeted.

Since the Russian invasion of Ukraine we continue to see a number of Facebook accounts belonging to pro-government Ukrainians, activists and Ukrainian politician’s regularly being suspended or posts being deleted. This action is officially taken after Facebook moderators receive an avalanche of complaints claiming account holders have violated Facebook’s terms and conditions. The original complaint is from the puppeteer and this is supported by 100s of puppets. Due to the weight of complaints Facebook is forced to take action, often without examining the pages which have been reported.

Facebook provides a number of examples which illustrates the effectiveness of this approach to silencing  opposition:

We also find numerous innocent images which are considered anti-Russian being officially deleted. For instance, over 14 Ukrainians were blocked for displaying the picture of a young girl receiving a posthumous bravery medal for her father, Andriy Matvienko, who was killed fighting a pro-Russian militia.

According to the Ukraine Crisis Centre, in March 2014, 1000 to 1500 Ukrainians are being blocked daily or having various contents of their pages deleted.

As early as 2013, a Freedom House Report stated that Russia has been using these methods to manipulate on-line discussions, smearing opposition leaders, attacking US politics and culture.

The reason why Russian continues to use enormous resources to manipulate information on the internet becomes apparent after examining the number of people using social media:

According to a report published in 2013 by Emailer, around 1.73 billion people use social media and this figure does not include those using comment pages on newspapers and other websites.

Although there are many amateur puppets and puppeteers operating from various countries, Saint Petersburg is the main hub for the professionals who receive their instructions from the Kremlin.

55 Savushkina Street Saint Petersburg is a modern four story building with a sign outside which reads ‘Business Centre’, this is the headquarters of the Internet Research Centre, with an estimated 500 puppets and puppeteers who work 24/7 to flood the internet, social media networks and western publications with pro-Kremlin and pro-Putin comments. They also promote the belief in western injustices against Russia, and criticise the United States, the EU, NATO, the Ukrainian Government, and anyone they consider enemies of Russia.

Working through proxy servers to mask their location, LiveJournal is one of many false blogs used to jam municipal chat rooms throughout Russia and to post pro-Kremlin media. Using a mixture of political posts and general interest articles – cooking, diets, fashion etc, they work in teams of 20 and each team is controlled by an editor with the correct political credentials. Due to its importance as a major hub for propaganda, disinformation and manipulation, it is widely claimed the Internet Research Centre is now controlled by Russia’s internal security agency known as the FSB, it is also believed one of the main managers is an ex-police colonel named Mikhail Bystrov.

A previous employee of the Internet Research Centre told Shaun Walker, a journalist working for the Guardian newspaper (Guardian 2 April 2015)  “The scariest thing is when you talk to friends and they repeat things you saw in the technical tasks {daily propaganda and disinformation tasks} and you realise all this is having an effect”

The most prestigious and senior positions are for those with fluent English. After passing an English efficiency test they are given the opportunity to work for the international section and being tasked with targeting social media networks, on-line newspapers and websites catering for users outside the Russian Federation.

Although these ‘technical tasks’ reflect current news stories, after examining various social media networks and newspaper readers pages, we often find identical messages and  ‘personal’ views on a number of these sites.  Recent examples include:

“During the Maiden revolution in Kiev, all the protesters were fed tea laced with drugs which is why they caused the revolution…”

A well-known and leading Puppeteer, Natalya Drordova, also known as Tatyana Kazakbayeva, who works at the Internet Research Centre, wrote the following on her Twitter, Live Journal, Facebook ,VK, My media and Google+ Profile accounts:

After replies started to be posted the puppets took over and started to support her comments and steer readers to ‘impartial’ websites.

This puppeteer, using one of her aliases, Tatyana Kazakbayeva, then wrote various posts on cooking and fashion as her puppets controlled the ongoing debate.

The FSB’s Internet Research Centre, its Puppets and Puppeteers along with freelance bloggers and self-proclaimed Putin admirers throughout the world, are powerful tools for Russia’s information war. Not only have they proved effective at influencing citizens living in the Russian Federation, they are becoming increasingly effective in the manipulation of western audiences.