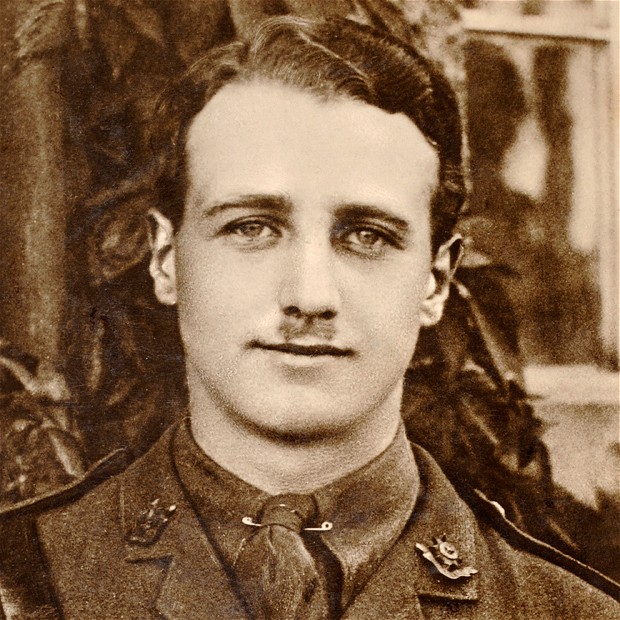 The following is an extract from the official combat report written by Robson:

I have the honour to make the following report on night patrol made by me on the night of 2-3 instant. I went up at about 11.08 pm on the night of the second with instructions to patrol between Sutton’s Farm and Joyce Green.

I climbed to 10,000 feet in fifty-three minutes. I counted what I thought were ten sets of flares, there were a few clouds below me but on the whole,  it was a beautifully clear night.

I saw  nothing until 1.10am  when two searchlights picked up a Zeppelin S.E. of Woolwich.  The clouds had collected in this quarter and the searchlights had some difficulty keeping on the airship.

By the time I had managed to climb to 12,000 feet and I made in the direction of the Zeppelin which was being fired on by a few anti-aircraft guns; hoping to cut it off on its way eastwards I very slowly gained on it for about ten minutes.

I judged it to be about 800 feet below me and I sacrificed some speed in order to keep the height. It went behind some clouds avoiding the searchlights and I lost sight of it. After fifteen minutes of fruitless search I returned to my patrol.

… At about 1.50 am I noticed a glow in the N.E. of London. Taking it to be an outbreak of fire I went in that direction. At 2.05 am a Zeppelin was picked up by searchlights over N.E. London as far as I could judge.

Remembering my last failure, I sacrificed height, I was about 12,000 feet, for speed and nosed down in the direction of the Zeppelin. I saw shells bursting and night tracers flying around it.

When I drew closer, I noticed that the anti-aircraft aim was too high or too low, also a good many shells burst about 800 feet behind, a few tracers went right over; I could hear the bursts when about 3,000 feet from the Zeppelin.

I flew 800 feet below it from bow to stem and distributed one drum {ammunition drum on a Lewis machinegun}, it seemed to have no effect.

I therefore moved to one side and gave them another drum along the side, also without effect. I then got behind it and by this time I was very close, 500 feet or less below, and concentrated one drum on one part (underneath rear). I was at a height of 11,000 feet when attacking the Zeppelin.

I had hardly finished the drum before I saw the part fired at glow. In a few seconds the whole rear was blazing.

When the third drum was fired there were no searchlights on the Zeppelin and no anti-aircraft was firing.

Having little petrol left I returned to Sutton’s Farm, landing at 2.45 am. On landing I found the Zeppelin gunner had shot away the machine gun wire guard, the rear part of the centre section and had pierced the main spar several times.

Wreck of the Schutte-Lanz airship at Cuffley – note that this airship was commonly referred to as a Zeppelin at the time.

The above represents the  official and clinical account written for the benefit of his commanding officer by Leefe Robinson and does not capture the true events. From eyewitness accounts  First world War aviation historian David Marks gave the following account of the events of that night and what happened afterwards:

“SL11 {Zeppelin} caught fire and in full view of the Metropolis, the giant raider fell in a roaring mass of flame, striking the ground at Cuffley. The crew of 16 died as millions of Londoners cheered the unknown hero who had been the first to shoot down an airship over mainland Britain.

Railway whistles blew, factory hooters were sounded, whilst people poured  into the streets, singing and dancing. People broke out into spontaneous renditions of God Save the King and Rule Britannia.

Robinson landed safely at Sutton’s Farm with little petrol and oil left in his machine’s tanks. The exhausted pilot was borne shoulder-high in triumph from his biplane.

On 3 September, which was later referred to as “Zepp Sunday”, news of Robinson’s victory spread with incredible speed.  Over the next two days 10,000 people travelled to the tiny village and police and troops were called in to control the crowds who clamoured for souvenirs of the wreck.

For shooting down SL11, Robinson was now the most famous pilot in the country and could not go without official recognition for long. On 9 September 1916 King George V handed him the Victoria Cross at Windsor Castle.

When SL11 was shot down, it was described officially and in the press as Zeppelin L21. This misidentification persisted for decades and was probably deliberately done for propaganda purposes.” (David Marks)

“We think nothing now of high-speed interceptors taking off and attaining incredible altitudes within seconds. In 1916 men were flying aircraft made of wood and canvas, with engines with only tens of horse-power and small capacity fuel tanks. Maximum heights would have been not much over 10,000ft and it would take many minutes to get there. There was one advantage – the airships they were hunting were fairly sluggish.

We are also talking about one man, in control of a low powered and often unreliable aeroplane, at night with no electronic navigation aids, just a canvas backed map and a compass. Then you need to appreciate that Leefe Robinson was buffeted by cold air in an open cockpit, with a leather helmet and a thick and bulky sheepskin lined outfit. He had no radio and had to fire his often-unreliable machine gun by hand.” (David Marks)

After being  awarded the VC and becoming a national hero the army was reluctant to send him to the front line and  used him for public relations and propaganda. Not liking his celebrity status Robinson made constant requests to be assigned combat duties on the Western Front and in April 1917  his request was granted  and was ordered to report to No.48 Squadron as a flight commander.

On 15 April 1917 Robinson led a formation of six aircraft against Albatrol D.111 fighters from Jasta 11 led by the legendary ‘Red Baron’ Manfred Von Richthofen.  During the dog fight four British fighters were shot down including Leefe Robinson who was injured whilst crash landing behind German lines and was quickly captured.

After being reported dead by British newspapers two months later his family received a letter from him which said he was safe and was a POW.

Due to making several escape attempts Robinson was moved to various prison camps and kept in solitary confinement and was eventually repatriated in early December 1918 and spent Christmas with his family and friends in Stanmore Middlesex.  Shortly after Christmas day, at the age of 23, Robinson contracted Spanish flu and died on 30 December at his sister’s home in Stanmore which is now part of Harrow.

William Leefe Robinson VC was buried with full military honours with thousands lining the route to All Saint’s Church Harrow Weald and a solitary RAF aircraft dropped a wreath which was laid on his grave.