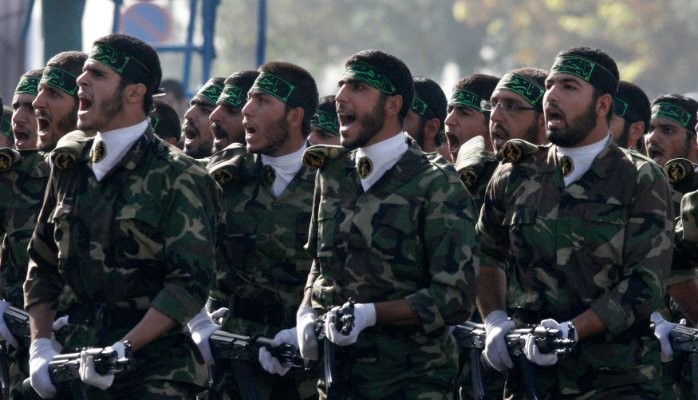 Although I originally published this article in 2015 it may be used as a backdrop to the current relationship with Iran, the US and Europe.

Although there continues to be accounts of Iraqi security forces making increasing military gains against the Islamic State Group, many of the successful campaigns have been fought by a number of Shiite militias loyal to Tehran, the Iranian Revolutionary Guard and their Special Forces branch called the Quds Forces (alternatively spelt Qhods or Qods). It is also known that all forces, both Shiite and Sunni, are commanded and advised by Iranian officers and they report to Major General Qasem Soliemani of the Iranian Revolutionary Guard and Commander of Quds Forces.

This is the Special Forces section of the Iranian Revolutionary Guard whose members are known for their military skills and commitment to the Islamic Revolution. This elite force is responsible for all extraterritorial operations and reports directly to the Supreme Commander of Iran, Ali Khamenei.

Although this is a covert force, well-placed commentators say Quds Forces consist of combatants, military trainers, those responsible for overseeing foreign assets, politics, sabotage and intelligence gathering. In 2004 Quds Forces Headquarters was moved to the Iranian- Iraq border to monitor events inside Iraq and it soon became clear that political instability, tribal friction and a breakdown in Iraq’s internal security capabilities made the country vulnerable to Iran’s superior military forces, subversion and political intimidation.

The steady advance of the Islamic State of Iraq and Levant into Northern Iraq provided Tehran with the excuse to ‘assist’ Iraq in expelling these extremist insurgents. Initially, a small number of military advisors from Quds Forces provided military training and small arms to various Shiite Militia groups know to be friendly towards Iran, Iranian airstrikes on extremist positions soon followed which coincided with more Iranian forces and members of Hezbolloh training and advising an increasing number of militias.

As the Islamic State of Iraq and Levant (later called Islamic State) made further advances across Iraq, communities throughout the country became aware of the mounting atrocities and recognised that government forces were unable to stop their advance. Due to this increasing threat from extremist insurgents, many of the tribal combatants came to the obvious conclusion they could not rely on the Iraqi Security Forces for their country’s defence and saw Iran as their only option. This allowed Iran to seize the opportunity to increase their military and political presence in Iraq. Consequently, Tehran can argue that not only was military intervention essential in order to secure their borders, this intervention was as a direct result of ‘popular’ demand from the Iraqi people!

Although Iranian involvement in Iraq is not reported by the state owned media, some Iraqi officials have been more forthcoming when speaking to the western media. On 23 March 2014, Iraq’s vice president Iyad Allawi told various journalists, including Sky News, “Iran’s role, doing what they are doing, and sending officers to fight and lead is not acceptable”. He also declared that Baghdad is becoming the capital of the Persian Empire.

Allawi also said “The strong Iranian presence in Iraq is not new, but just how visible it has become is quite staggering…”

Iraqi officials and members of Sunni communities continue to complain and express concerns about pictures of Iran’s supreme leader Ali Khamenei being plastered on walls throughout the country.

“The posters of Khamenei sends shivers up my spine and there will be a high price to pay for Iranian involvement … The failure of this country means the failure of the whole region…” Allawi told western reporters.

The stability of the entire region now hangs in the balance as Iran increases its influence by filling Iraq’s political vacuum, and proving the countries’ security needs. There is a real danger that the whole or parts of Iraq will become another proxy state, an informal extension of the Persian Empire.